Well the show season is winding down a bit for winter and both boys have done amazing!! Zip has won 2 Grand Prix’s!! Not only does this mean he has all his tournament requirements for the 2009 Nationals, but he also has 2 byes into the finals at 2 regionals. I am so proud of him!!!

Dasher still needs 2 Grand Prix Q’s and a DAM Team. We have a shot at both at the Mid-Atlantic MADness trial after Christmas. We’ll be keeping our fingers crossed!! This past weekend at MAD Co, we missed the Grand Prix Q by inches!! My mistake cost us a refusal. Even though we did not get the GP Q, we did have a fantastic weeked. Dasher got 2 Q’s (and 1st) in standard this weekend!! Standard Q’s have always been difficult to get so I was floored when he got 2 in a row!! The 2 standard Q’s were what we needed to finish Dasher’s Master Agility Dog title (MAD)!! Words can’t describe how proud I was of my little Dasher!! He was a star all weekend!!

So we go into the last trial of the year feeling pretty good. Zippy is completely qualified for all events so he is going to have fun. Dasher has been running great so hopefully we can get a team and GP Q before the end of the year.

Zorro has also been doing great in class. he is much more focused and really is getting into the game. He is already getting on a low dog walk and has been on a lowered A-frame. His 2o2o is pretty solid so that is great to see.

I will leave you with a couple of recent pictures:

Zorro racing around the yard: 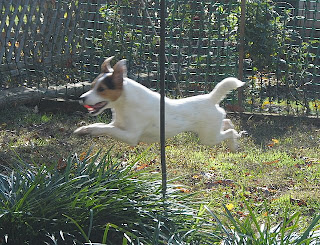 Zippy at Keystone in Oct: 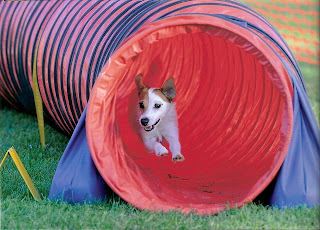