The boys and I have had a great fall season! We have been to a ton of trials and Dasher and Zip are doing great. Our best show was Kintetic Dog’s Fairhill trial. We really lucked out on the weather especially since Fairhill is notoriously very rainy and cold. Dasher finished up a couple more Master’s titles, (Gamblers and Pairs), and finally got our first elusive Master’s Standard leg!! Zippy got a DAM team Q as well as a 2nd in Steeplechase and a couple more Master’s legs in Jumpers and Gamblers. He is just one advanced standard leg away from getting his AAD. Not bad for a dog who started trialing 5 months ago!!

Dasher and I just got back from the USDAA Nationals (Cynosport Games) in Scottsdale, AZ. We had an amazing time!! We went with our friend/instructor, Jeannette H. and her young dog, Munchie (who also happens to be Dasher’s younger sibling). Since we were each just running one dog it was more like a doggie vacation than a stressful trial situation. We arrived a day early so we took a drive up to Sedona. I had never been so it was a real treat for me. The landscape was unbelievably beautiful. We stopped along the way and took the dogs on a fun trail where they got to play in the woods and swim in the creek. Here is picture of the Sedona landscape and Dasher on the trail: 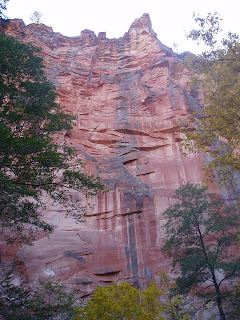 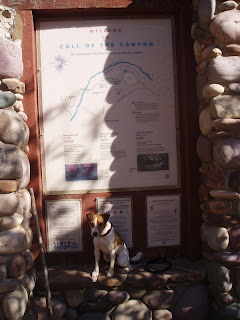 Dasher did great at Nationals. We were entered in the Steeplechase Quarter Finals and had a great run. Unfortunatly we had 2 rails down so that cost us 10 faults but his time was right up there in the top 10 dogs in his height. I was pretty proud of him!! We were also entered in a Eurpoean Jumpers class and he had another amazing run. We ended up 4th out of about 65 dogs!! Since our show schedule was so light we had lots of times to enjoy the other things going on at the Cynosport games. We tried dock diving and realized that even though Dasher loves the water he does not swim very well!! Oh well, at least he was able to cool off in the heat!! Cynosport also had flyball, disk dog, herding, lure coursing and canine freestyle. Here is Dasher in front of the herding pen. 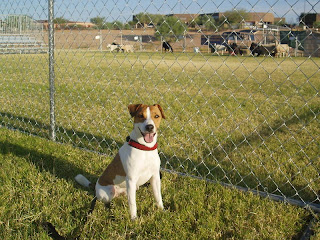 Dasher did not seem very interested in the sheep, so I guess we will stick to agility!!

Even though we had a great time in AZ, I was happy to get home to the rest of the boys (Brandon included!!). We have one week off before starting agility class again. The weather back home is typical fall like weather, cool and crisp with all the leaves changing colors. 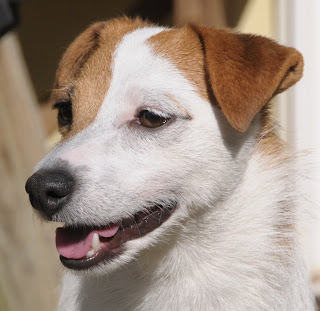 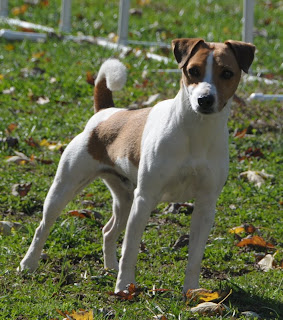 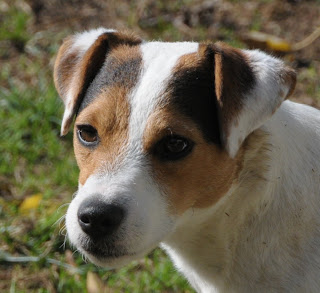 I can’t believe how grown up Zorro looks!! He has been doing great in agility class. He is learning about 2o2o, and touch. Our winter project will be to get familiar with contact obstacles and possibly start the weaves.

One non-agility related bit of news….Brandon and I got married!! WoHoo!! We both decided to make it legal! We got married on Oct. 14, just the 2 of us outside the courthouse. Spencer was our witness.